System of a Down

Its been awhile since I have posted anything here. Now that the dust has settled and I am in a much better place with my thoughts gathered and my drivetrain running again I will start posting again.

My first post back will be an essay on how I view a Down.

We all know that we have 4 downs to move the ball 10yards, so that we may have another 4 downs and move the ball forwards with the goal of moving the ball into the Endzone for a score.

Then we complicate it by adding situations to the down:
Not a bad little list, now add field position, points on the board, momentum of the game, depth chart (yours and theirs) and performance of the team just to name a few and you have a complicated list of choices that can be made. 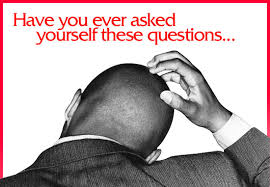 Now...we are going to change pace up a little, most of us coaches love to X and O our way through situations...some of us actually like to personel our way in and out of trouble. We are going to head kind of through both.

The early part of a down is about:

Next we have the middle of the down, this is about:

Athletic ability of the player, if the player has taken a less than stellar start to the down, he can recover based on his ability to overcome the physical obstacles in his way. Whether that be shedding a block, getting up after a fall, reacting to his key and so on.

The last part of the down is the late phase:

In the late phase of the down its all about Mental Toughness. The players have been hustling all week in game prep and come to the game they suck... we have all been there at some point in our coaching careers right.

Oddly enough the late phase of the down is the first we correct in the offseason. Our Winter Strength and Condition is the foundations of our Mental Toughness. Any program that does not include a S&C phase will always loose late in the down, why...because we cannot compete mentally with someone else having an advantage over us.

Another major part is the old adage "Finish the drill!". How many times have we said that and really just wanted a player to hustle through for the next player to come through. When in fact, by not finishing the drill despite poor performance we are creating a culture of mentally weak athletes. If we get on them to finish the drill though, we are creating a culture which says that its ok to make mistakes...as long as you hustle to recover and do what your supposed to do until the end.

Posted by Calkayne at 20:08 No comments:

Here are two Video Tutorials I have generated for our Defence.

All material is in the public domain on the internet and the program I used was Windows Movie Maker.

The first Tutorial is a graphic description of how we will adjust our Fronts and Flanks (Run and Pass Teams).


The next Video Tutorial describes our Run Assignment System. It details all of our Run-To and Run-Away assignments.

Posted by Calkayne at 02:00 No comments:

In this post I will highlight what Coach Cordell from Glenbard West had taken from Air Force and installed into his Cover 3.
I have taken this from him and adapted it into our Cover 3 - Green system.
The need for a new Technique to cover the Fade was needed in the 2011 Season as we faced multiple Offences which flexed our Hybrids out and forced us into a position to play the Fade poorly. We played it poorly as we Apexed (Splitting the distance between EMOL and #2) which caused us, especially when on the Field side, to play #2 very loose. This led us to playing a more Country 3  Fade Zone. The benefit was that we where standard against the Run, but as the League became more Pass orientated something new was needed.
In a short time we had to find a better way to play the #2. During a game I had made the decision to align shaded on #2 and have the Tandembacker/DT play Force. This worked out ok for a Gameday tweak and I had made the decision to find a way to play the Fade better from a shaded Pre Snap alignment.
On Chiefpigskin I found a Video which was exactly what I was looking for.
Basically you are aligning shaded on the #2 WR and getting hands on him then reading his cut to adjust to the Fade.
This is how we play the Fade:
If #2 breaks In then the Hybrid would break to the Fade looking to get underneath #1. "In! In!" call given to the near side Tandem.
If #2 breaks Out then the Hybrid will Match this route.
If #2 breaks Vertical then the Hybrid will get his hands on the route and read #1. If #1 is short then Match the Route and deliver any In routes to the Tandem. If #1 is deep then come under the two Verts.
This technique was installed within a Game week and we practiced against the following Patterns:
#2 WR Only: In, Out, Deep, Slant and Wheel
#1 and #2WR: Square In, Square Out, Smash, Wheel
The Following Cut-Up shows how our Field Hybrid matched up on the first Game after installing this Technique:
Posted by Calkayne at 04:30 No comments:

Calkayne
I am a Football Coach looking to contribute to the game that has given me much.